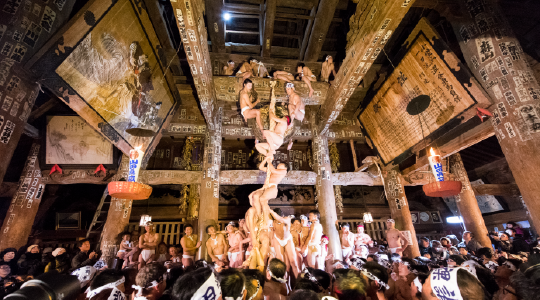 An odd festival passed down in Yanaizu for thousands of years. On the night of January 7th every year, at the ringing of a bell on the temple grounds, men climb to the gong in Kiko Hall, and it is said that the fierce battle that ensues brings a year of health, wealth, and fulfillment of prayers. This started with a legend in which the power of the people drove out the dragon god living in Tadami River.

Access : 7 min on foot from Aizu-Yanaizu Station on the JR Tadami Line 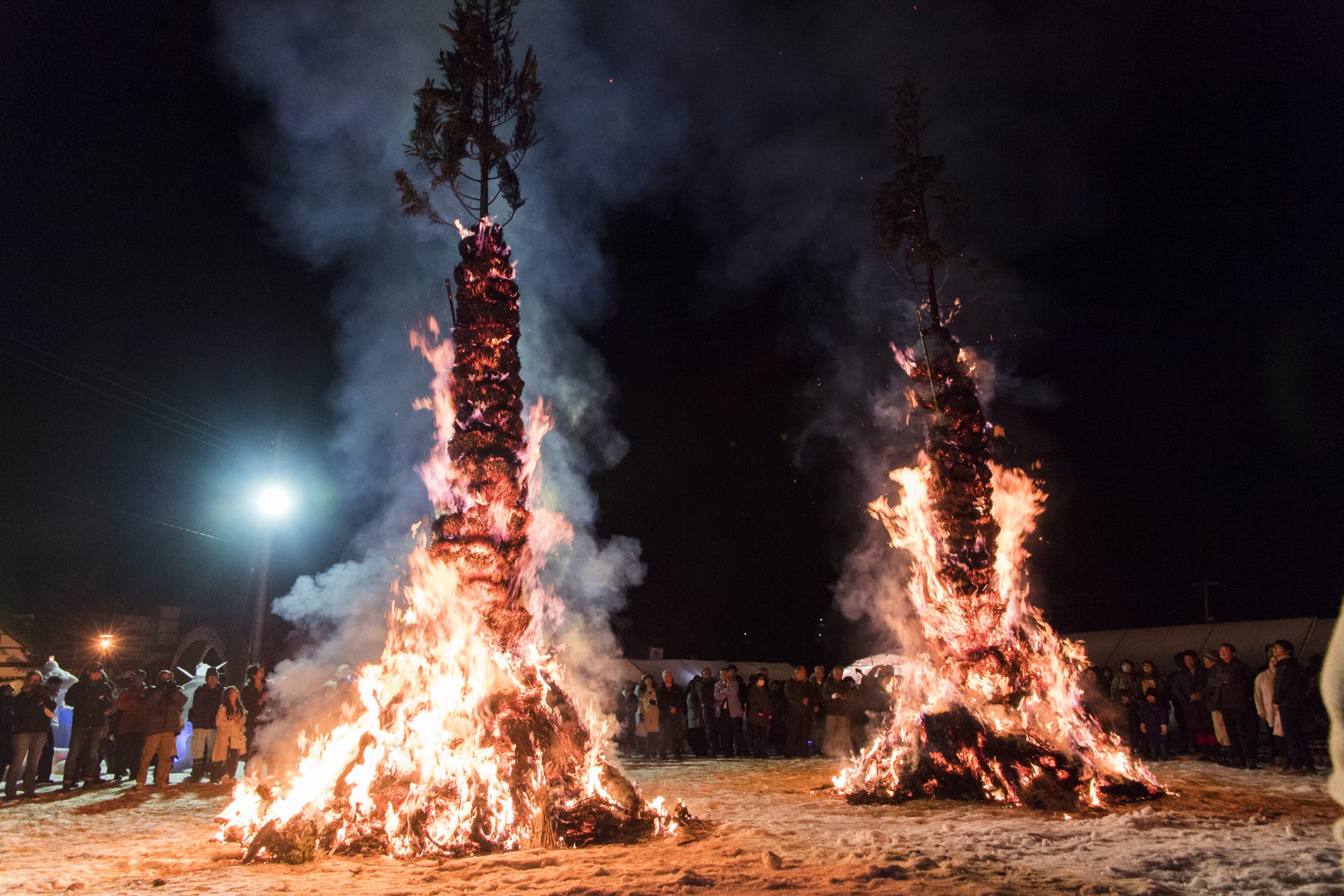 A traditional fire held to pray for health.
*Held the 1st Saturday of Fevruary 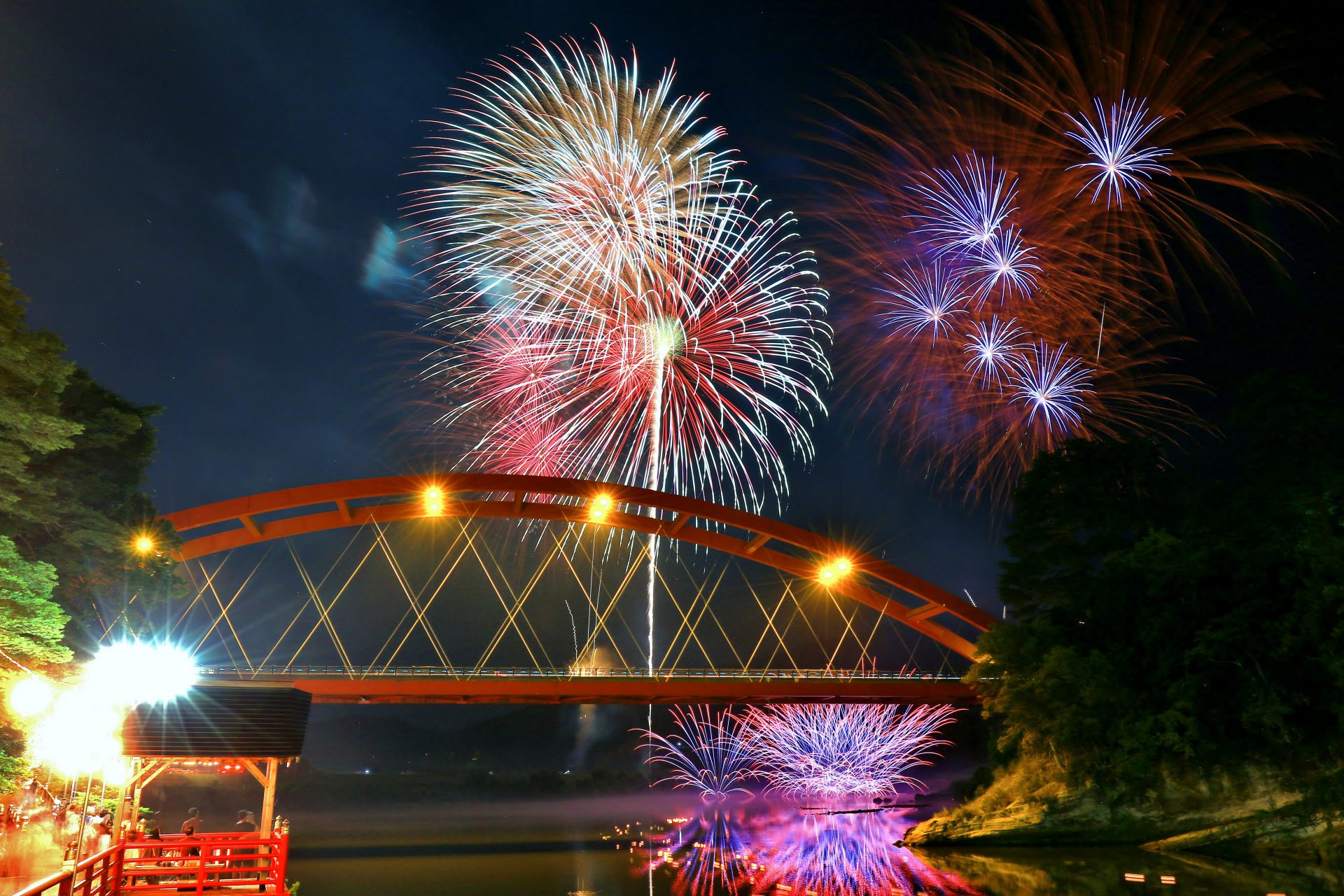 Lanterns are floated down Tadami River, and a big fireworks festival is held to mourn the spirits of the departed.

Access : 15 min on foot from Aizu-Yanaizu Station on the JR Tadami Line (to the venue) 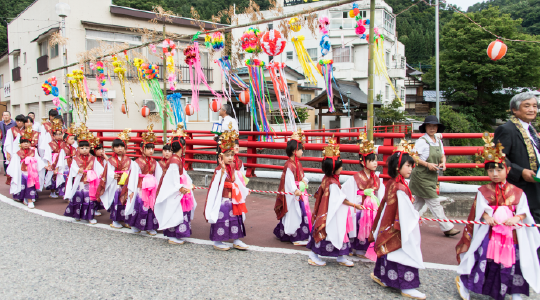 Held on the 10th of August every year to remember the ancestors.
Children holding lanterns and wearing period costumes parade along the Tadami riverside to Uobuchi.
The lanterns floating down the river afterward at dusk is magical.